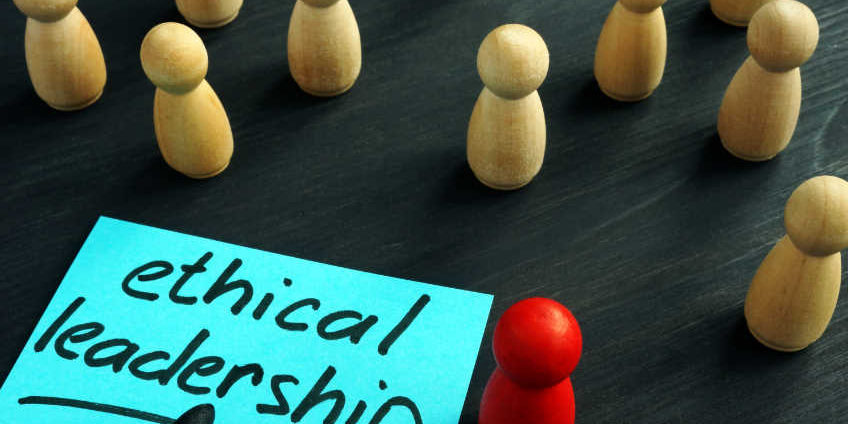 “The time is always right to do what is right.” ~ Martin Luther King, Jr.

Oh Wells – Why Do You Fargo Your Ethics?

Being an ethical leader in todays world can be extremely challenging. My latest book, Extraordinary Results for Life is based on the premise that you cannot be a crappy person and be an extraordinary leader.

The collective leadership culture of your organization can be extraordinary, or it can have a catastrophic impact on your brand and reputation…as you will see!

Leadership Starts at the Top

In my previous book, Extraordinary Results, I shared the following information about Wells Fargo while talking about leadership and doing the right thing.

Between May of 2001 and July of 2015, Wells Fargo salespeople created more than 2 million fake bank accounts or credit cards that were opened without their customers’ knowledge. On September 8, 2016, the Consumer Financial Protection Bureau (CFPB), the Los Angeles city attorney, and the Office of the Comptroller (OCC) fined the bank $185 million dollars. Over time, these fake transactions generated millions and millions of dollars in fees from customers, while simultaneously generating millions of dollars in bonuses for the leaders at the top of the heap. When they got caught, these leaders turned on their own team members and blamed their employees, all 5,300 of them. On September 22, 2016, two employees filed a lawsuit in a California Superior Court, alleging that employees were “either demoted, forced to resign, or terminated” for not meeting the “impossible” quotas the bank set as goals for employees to open accounts on behalf of customers. The irony of this situation is that it occurred not too long after the housing bubble bust, in which Wells Fargo also played a part, along with a few other big banks.

A year after this story was first reported in September of 2016 and over the course of the year, behind all of the positioning and public announcements of changes in customer policies and promises to do better, a morning headline began with: “Wells Fargo is back in the spotlight for another scandal. This time, for signing up 490,000 auto-loan customers for insurance they didn’t need.” And, the original number first reported in September of 2016 was adjusted to reflect a more accurate number. The actual number of “potentially unauthorized” customer accounts that were opened was actually 3.7 million. A 67 percent increase over the original 2.1 million figure.

They paid $3 billion dollars to settle.

Since 2016 Wells Fargo Company has been embroiled once again in another scandal. This time The F.B.I. and the office of the U.S. Attorney for the Southern District of New York filed a civil suit against them for violating the Financial  Institution s Reform Recovery and Enforcement Act. The lawsuit claims Wells Fargo defrauded 771 customers by over-charging them for international trade transactions.

In the settlement they made this statement, “Wells Fargo admits, acknowledges, and accepts responsibility for the following conduct.”

After reading this, I asked myself, is this lack of a moral compass something new? Is this just a bad a couple of years for Wells Fargo? A bad couple of leaders? Does this go deeper into the culture of the company?

Recently, I watched a television show about a notorious outlaw named Charles E. Bolton, also known as Black Bart. He was known as a gentlemen bandit because of his style, charm, and the poetic messages he left after a few of his robberies.

As the stories goes, after two unsuccessful attempt at mining in California he returned home to Illinois. He then served in the Civil War where he was wounded at the Battle of Vicksburg, he returned home to try his luck at prospecting once again, this time in Montana.

While there, he was approached by two gentlemen, Henry Wells and William Fargo, who wanted him to sell them his claim. When he refused, they cut off the water supply to his land rendering it useless for mining and basically destroying his livelihood.

They forwent their ethics, and he vowed revenge. Thus, begins the story of Black Bart and his 28 successful stagecoach robberies of Wells Fargo & Company.

Apparently forgoing ethics for the leaders of Wells Fargo is nothing new. It appears to be a part of their leadership culture since the beginning.

Being a leader and making the right choices and doing the right thing for your team and your customers is not always easy. Surviving in a corporate world that is sometimes filled with politics and mistrust and doesn’t always reward the long-term development of people can be difficult, and staying the course may feel like an impossibility at times. It is much easier to focus on the short-term gains and profits, at the expense of the people.

Everyday, you choose who who are and whether you choose to do the right thing for yourself, your people, and those you interact with on a daily basis.

It is not always the easy path, in fact it is at times damn hard. It is my sincere hope that you choose the high road!

Leadership Arrogance: Are You A Monkey’s Uncle?
October 26, 2022