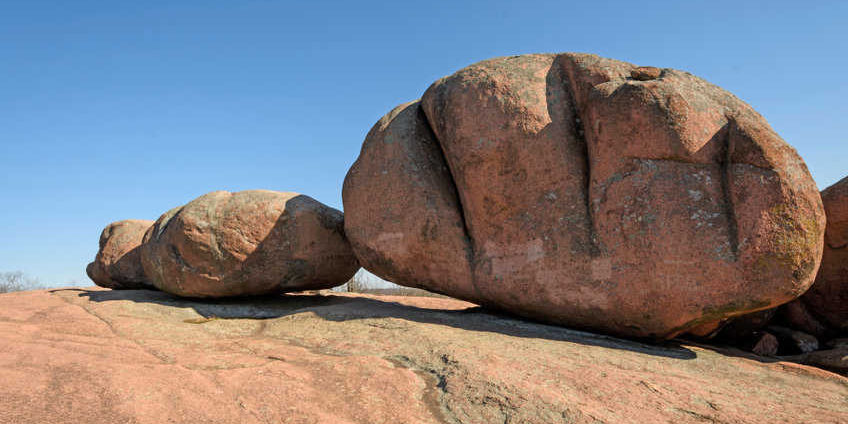 Losing Sight of the Big Rocks

Years ago, I had the opportunity to work with a Fortune 100 company going through a merger. At the time, there was immense pressure to make sure five key areas of the integration went flawlessly. Most importantly, the reservation’s systems, which were foundational for driving revenue. Similar companies who had merged, had fallen on their swords, because that portion of their integration had failed miserably.

These 5 focus areas became known as the 5 Big Rocks, and they were perfectly sequenced and executed to unite the organizations over a fairly short period of time.

The organization was so clear about the important issues, what was mission critical, and, the order in which they needed to unfold. Needless to say, this laser-like focus resulted in one of the biggest and most successful mergers in the history of the industry.

Interestingly, after the 5 Big Rocks were completed, there seemed to be a less focused, more malleable direction that dispersed the energy and the resources over a much wider area. Resulting in overlapping of responsibilities, duplicated efforts between departments, and a much less focused effort. The 5 big rocks became 30 different pebbles.

For the last few months and more specifically the last few days, we have been bombarded with news stories about an event that happened 18 months ago in our nations’ capital. Whatever you believe about the January 6th hearings, is not important nor is it the point. So please don’t get hung up in your beliefs about what you are making that event mean!

The point is, we are facing a time when inflation is at a 40 year high, the great resignation and Covid-19 continue to ravage the workforce, even though we are told unemployment is low? Gas prices are at an all time high, the nations borders are in disarray because we can’t get our heads around immigration, and our children are being gunned down in our schools!

And yet, our nations leaders are hell-bent on grandstanding on television sets across the country to talk about an event that is now 18 months in our past. An event they really cannot do a damn thing about except bitch for or against and stay divided!

What had made made this organization I had previously described so successful,  was the ability to focus on the things that mattered most in a time of chaos. The things, that were mission critical to the success of the organization.

Sadly, our leaders continue to fail us as they seem more interested in re-election and grandstanding. Instead of putting their necks on the line and doing the difficult things that could make a difference or solve the issues that plague our success as a country.

Yes, these are scary big rocks, but they are at the core of our ability to move us forward.

You see, in spite of our problems, I still believe that we live in the greatest country in the world.

United We Stand – Divide We Fall

Recently I watched the actor, Matthew McConaughey, deliver a speech at the White House regarding the tragedy in Uvalde, Texas that took the lives of 19 children and 2 teachers. In his speech, he said two things that struck me as truths:

In my eyes, he said what the MAJORITY of Americans believe and where we stand. Right smack dab in the middle of the “aisle of common sense!”

Focusing on Pebbles – Rolled Over By Boulders

We have lost sight of the big rocks that are rolling over us and robbing us of our future. We have allowed our nations leaders to continue focusing on the pebbles because they fear not being reelected and losing their power.

It is not their fault, it is ours for allowing it to continue.

At one point in the movie, Forrest Gump, Forrest says, “Sometimes there are just not enough rocks!”

While that may be true, I think it is more a matter of making sure we are focused on the big ones!

Get Informed – Have a Voice

This fall, you and I will have the opportunity to send a message to our nations’ leaders. Not out of anger or disgust, but out of  a genuine  concern about where we are going as a country.

Educate yourself on the issues and the candidates. Exercise your right to vote and have a voice in our democracy.

Let us once again refocus on the big rocks that are blocking our path and creating these self-imposed obstacles.

Let us remember, that approximately 80% of Americans are aligned, united, and want the same things.

And as Forrest would say, “That’s all I have to say about that!”

Extraordinary Results for Life: Discover Your Path to Be UN-ordinary!
June 9, 2022

Can We Talk About Truthfulness…Honestly?
April 20, 2022
Get Weekly Leadership Updates